Common Defects with Plastic Injection Molding and How to Avoid Them 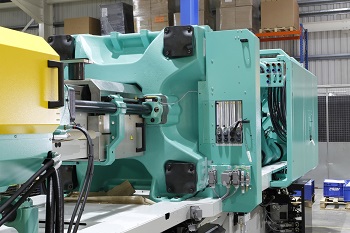 Depressions can form in certain areas of a plastic molded part. They’re usually caused when the cooling device is insufficient and doesn’t fully cure the product. They can also be caused by inadequate pressure in the mold cavity – if different sections of the molded part have varying degrees of thickness, then those parts are more likely to have sink marks.

These defects can be harmful to the structural integrity of the plastic part and make it unusable for production applications.

Bubbles, also known as vacuum voids, are pockets of air trapped within a plastic part, usually close to the surface. They’re usually caused by uneven or insufficient holding pressure inside the plastic mold which doesn’t properly condense the molten plastic so every space is filled. Bubbles can also form when two halves of a mold come together and don’t align properly.

Delamination occurs when thin layers on the surface of a plastic part appear and peel off piece by piece. This occurs usually because of contaminated foreign materials finding their way into the molten plastic, affecting the finished product by not allowing the plastic to bond properly. Foreign materials can include anything from water to the mold release agent used during the plastic molding process.

This occurs when molten plastic fails to stick to the mold surface due to the speed of the injection. When melted plastic has a viscosity which is too high, it’s rapidly cooled when it hits the mold, and the viscosity increases, leaving marks on the surface of the finished product.

Flow lines are discolored lines that show up on a prototype part. These lines are a result of how the molten plastic cools as it flows into the mold cavity, such as if the speed varies too much, the mold’s wall thicknesses vary too much, or the flow changes directions as the cavity bends and contours. Flow lines usually happen when the injection speed is too low, causing the plastic to solidify far too soon. 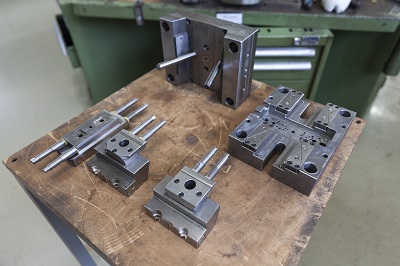 Burn marks are typically black or brown-colored discolorations on an edge or surface of a molded plastic component. Burn marks generally don’t affect part integrity, unless the plastic is burned to the extent of degradation. Burns are usually caused by trapped air overheating in the mold cavity.

Weld lines can appear on the surface of a molded part where the molten material has converged after splitting off in a mold. The thin weld line is the result of weak material bonding, which lowers the strength of the part. The part becomes partially solidified and won’t sufficiently bond where the two halves meet, resulting in weld lines.

Discoloration, also known as “color streaking”, occurs when a plastic part is a different color than intended. Often the discoloration is limited to a localized area or a few streaks of abnormal color on a molded part. A common cause of discoloration is leftover pellets in the hopper or residual resin in the nozzle or mold from a previous production run.

Need high-quality plastic injection molding services to ensure your parts are made perfectly and without defects? Call the plastic molding professionals at Retlaw Industries today to get a product quote for idler pulleys, sprockets, rebar chairs, adapters, custom products, and more!

Contact the plastic molding professionals at Retlaw today to get a quote for your next project.

ABOUT US
For over 40 years, Retlaw has produced quality injection molding tools which has led us into thermoplastic injection molding for a wide variety of industries. With over 19 injection molding machines, decades of collective experience, and over 50,000 square feet under roof and room to expand, we are always ready for your new projects.
Learn More
Let’s get together and build a solution.